In the previous blog post, we looked at how to set up a basic project using Spring Boot. In this post, we want to continue exploring the DevCS capabilities that enable developers to contribute code and collaborate.

We’ll add the new code in a new branch. You can create the new branch either in DevCS itself:

Alternatively, you can create the new branch locally:

What you do next depends upon how and where you’ve created the branch.

If you create the branch in DevCS, you need to make a fetch first and then switch the branch locally.

Both capabilities are supported in Netbeans. Generally, I prefer to use the command line:

After fetching, you need to switch branch: 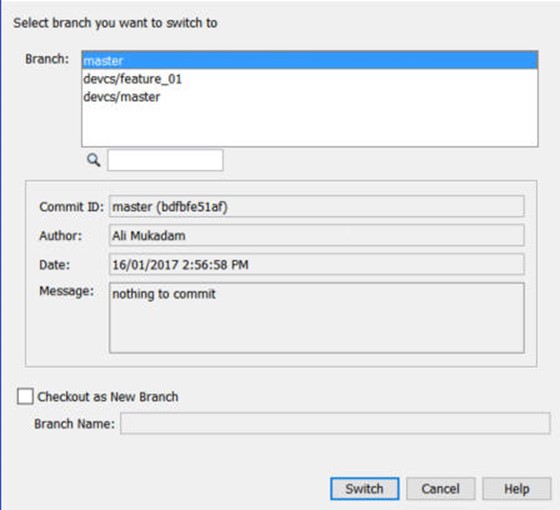 If you are not familiar with git, then I highly recommend Alex Blewitt’s series on git.

And then switch to the branch:

I’m a lazy hacker so instead I’ll combine both commands:

Add a default controller and a test

And the corresponding mock test:

Run the test from Netbeans:

Or from the terminal:

The mock test pass locally. So, we’ll push it to devcs. Before that, we need to do 2 things:

We’ll now start tracking the new code so they can be pushed to DevCS:

Finally, you need to push your code to DevCS. If you remember, I named my remote repository devcs, so:

You should now see a new build being triggered and the build job will be successfully completed.

The documentation for these are available here. After you create the merge request, you now have a few views available such as: 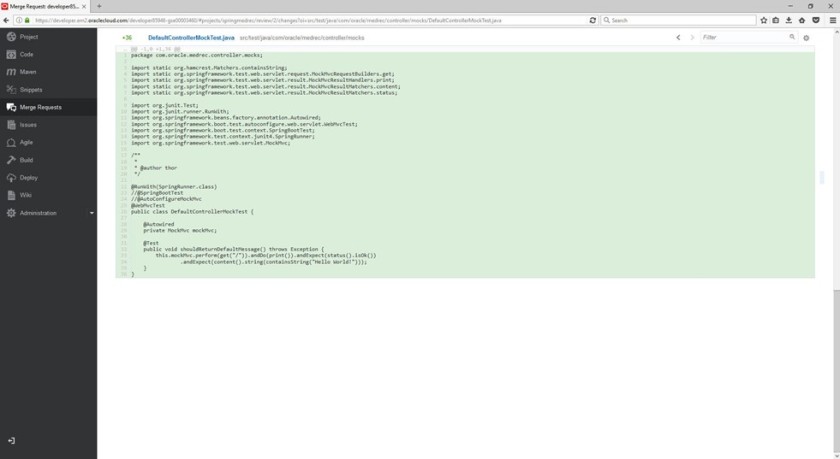 Go ahead and hit approve.

And then do a merge: 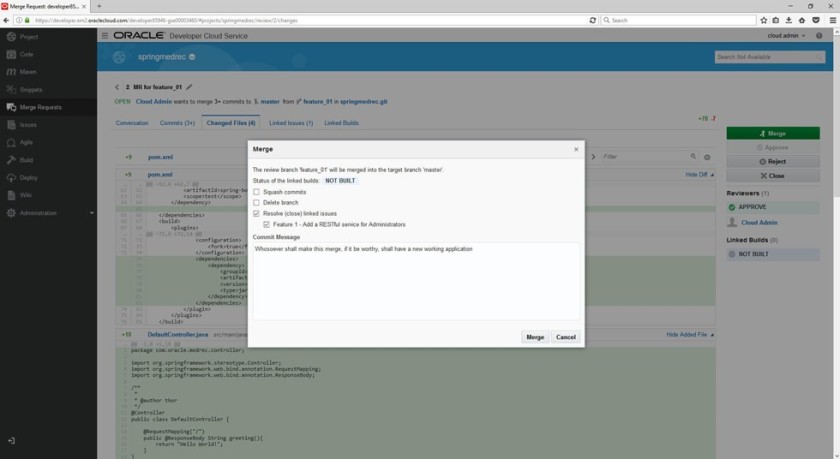 Finally, let me leave you with a couple of useful references: