There are numerous use cases where standard object resides inside Fusion ERP needs to be extended to include more fields or completely new Custom object needs to be created.

In this blog, I will be covering how you can create a new Custom Object inside Fusion ERP and trigger transactions for that Custom object.

A Custom Purchase Order (PO) will be created inside Fusion ERP, as soon as record will be created, it triggers the event which Oracle Integration Cloud (OIC) has subscribed and get all the data, once data reached integration layer, it is invoking a Visual Basic Cloud Service Web application REST API to insert that data into VBCS application.  In turn that PO can further be updated inside VBCS and send back updated information to Fusion ERP.

My Objective in this blog to show the low-level steps needed at Fusion ERP to create & publish Custom object. The Oracle Integration Cloud Integrations & VBCS assets I will not be covering in details.

Oracle Visual Builder is a cloud based UX development Platform as a Service (PaaS) offering from Oracle Cloud. It provides an open-source standards-based solution to develop, collaborate on, and deploy Web and Mobile applications within Oracle Cloud.

Business Object also get exposed through REST Endpoint out-of-box, user doesn’t need to install/configure anything other than just creating a Business Object. However, those REST API are protected and need authentication when someone want to access from outside word.

In this blog, I am listing very simple steps what’s needed if developers want to expose Business Object REST API to outside world as anonymous users.

This blog title seems quite easy and simple but there are bit of steps to manage SOA Market Place Image (SOA MP) Database password reset configuration within application tier which I will discuss in this blog.

There could be multiple situations when user needs to change SOA MP Database password e.g. SOA MP DB password might got expired, or about to expire hence that’s must need to reset to new password which should get further updated all relevant places inside SOA application tier.

In my case it was for SOA dev/test environment eventually SOA MP DB password has default expiry set for 6-month time and it got expired, due to which SOA application was not coming up and constantly keep throwing below error-

In my case below software version were used.

END_OF_DOCUMENT_TOKEN_TO_BE_REPLACED

I have been recently engaged in one assignment where I was expected to make connectivity with NetSuite to create Customer inside NetSuite. However, condition was to connect NetSuite using “Token based Authentication” only. That was Customer’s key requirement to establish secure connectivity to NetSuite.

I had to spent bit of time to work-out how to get all above parameters values and in this blog I just want to share that learning.

There is already NetSuite Connector Documentation available which describe the instructions about Token Based Authentication. This blog is just expanding that document with some additional info and screenshots.

So, let’s get started-

OIC has concept of Adapters. There are huge range of adapters available and documented here.

One of the Adapter REST Adapter been used to expose an Integration to outside world for consumption. In order word, it’s an entry point for most of Integrations what we developed using OIC. It also gets used to invoke any external REST based endpoint.

However, not all OAuth flavour supported for Trigger Role (Used as Entry point of Integration) vs Invoke Role (Used for invoking third party REST endpoint).

Now, majority of Customers chose Basic AUTH while publishing an Integration because it’s very simply to implement but has limitation because the user password gets expired in every 3 month which result changing all Integrations configuration again in 3 month of time.  We can very well avoid this problem by Implementing OAuth token which never gets expired.

Oracle has official document for setting up Service Account without expiry but it’s quite difficult to follow instructions from that document. Hence, I thought to publish more user friendly instructions  to achieve the same outcome.

In this blog, I will be covering how we can invoke an Integration exposed using REST Adapter (Trigger role) using OAuth token which doesn’t get expired.

END_OF_DOCUMENT_TOKEN_TO_BE_REPLACED

Customisation is essential part of any SaaS implementation to capture unique business needs. In Salesforce SaaS application also, there could be several use-cases where user might need to create a new Custom Object or add custom fields into existing Standard Object such as Contact, Account and Organisation etc. In this blog I will be showing how can we add Custom Object e.g. CochOrder which can have multiple Custom Fields e.g. Order Number, Shipping Cost, Source Region, Target Region and Total Amount etc. and can update that Custom Object fields using Oracle Integration Cloud (OIC) Salesforce adapter. I must recommend you to read my other blog which I have wrote to cover adding Custom Fields to existing Standard Object such as Contact, Account and Organisation etc.  Most of the steps is going to same as previous blogs, so I am not going to repeat them here, instead will be only focusing only new changes related to Custom Objects.

Before, I go into deep drive, just want to highlight the core objective of this blog to show Salesforce configuration and OIC Salesforce adapter configuration, I am assuming reader has already basis understanding of OIC product features such as Connection, Integration, mapping and deployment.

My colleague had already covered Salesforce Inbound and Outbound integration using Oracle Integration Cloud Salesforce Adapter. So, I might not be repeating few steps which already been covered in this blog as well. if you doing Salesforce Integration first time, then its recommended to review these blogs before you proceed to read this blog.

So let’s do deep dive now. Below are the high levels flow and steps which needs to be performed to achieve desired result.

END_OF_DOCUMENT_TOKEN_TO_BE_REPLACED

Oracle’s two major ground breaking innovation last year were Autonomous Data warehouse (ADW) and Autonomous Database Transaction processing (ATP) both are database offering suitable for different workload and are self-driving, self-securing, and self-repairing in nature. If you want to read more about these services then please go through above links.

ADW/ATP both can be quickly provisioned on Oracle Cloud Infrastructure, it’s take less than 5 minute to spin ADW/ATP instance and database is ready to connect.

User can use Oracle SQL Developer to connect to ADW/ATP database as long as they are supported version. These DBaaS services also offers out-of-box browser based SQL Developer tool which can be used to run any kind of SQL statements.

Here is sample snap of browser based SQL Developer capabilities – 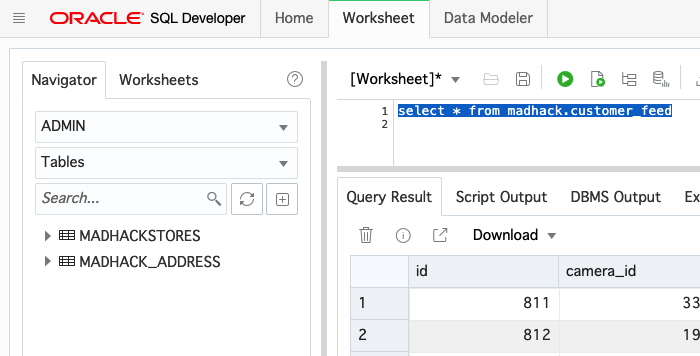 Once user has Database ready, obviously there could be requirement to access data residing inside ADW/ATP instances.

In this blog I will be covering simple steps how you can connect to ADW/ATP instances using OIC Autonomous Transaction Processing Adapter (ATP) Adapter. 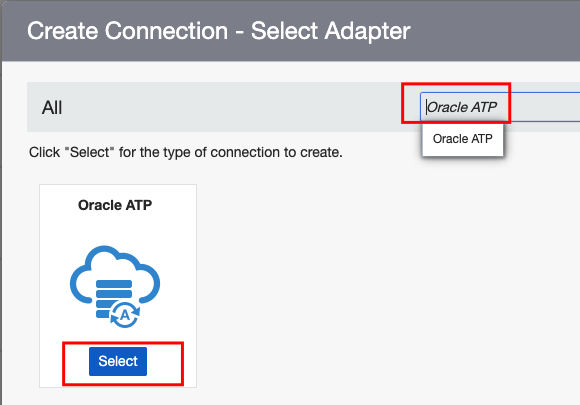 END_OF_DOCUMENT_TOKEN_TO_BE_REPLACED

This blog will be discussing very specific use case requirement which is more developer oriented and providing a quicker and efficient solution to invoke Oracle Integration REST API using OAuth access_token for testing purpose.

As an integration developer time to time you need to invoke Oracle Integration REST API to test API functionality. All the REST API in OIC needs a header parameter called “Authorization” which must needs to hold a valid access_token value in this format “Bearer access_token“.

In above format, “Bearer” is static world, However, access_token is the token value which we get after successfully OAuth Authentication from Oracle Identity Cloud Service.  Getting access_token from IDCS using code credentials flow is multi steps and cumbersome process.

However, developer can leverage Postman environment and variable features to simplify the process of getting access_token. That’s what, I will be covering in this blog.

Before I proceed further, I must redirect you to read my colleague blog which has greater in-depth explanation about what is IDCS, how IDCS govern security aspect of all Oracle PaaS products such as Oracle Integration Cloud, Analytics Cloud, Digital Assistant and so on and OAuth client and token generation process etc. I am recommending you to read his blog because I will be using few artefacts e.g. IDCS URL, Client ID, Client Secret etc which we need to get from IDCS OAuth Client Application as per the process given in his blog.

END_OF_DOCUMENT_TOKEN_TO_BE_REPLACED

Recently, I came across one issue while working with one Customer where they were facing bit of challenges to update existing working Integration with new JSON field input.

END_OF_DOCUMENT_TOKEN_TO_BE_REPLACED

This blog is showcasing very specific use case related to NetSuite Custom Field retrieval and how we accomplish that using Oracle Integration Cloud NetSuite Adapter.

In this example we will be retrieving custom fields values e.g. birthDt from NetSuite by passing specific Customer Id. It may sound very easy but it was bit complex to deal with because the way how NetSuite was responding Custom Fields values using NetSuite Adapter.

Here is the use-case diagram –

In my previous blog I have already shown all the configuration which needs to be done to connect to NetSuite using Oracle Integration Cloud NetSuite Adapter and deal with NetSuite Custom fields. Hence, this blog will just focus on specific mapping challenges which I have faced initially during implementation.